Ethereum (CRYPTO: ETH) has taken a beating since reaching an all-time high of $4,384.43 on May 12. The entire cryptocurrency market has suffered from the China Central Bank’s decision to urge banks and payment channels to disallow cryptocurrency trading and its government’s crackdown on Bitcoin miners.

Ethereum’s chart isn’t looking good either and sentiment in the crypto has turned bearish. Although Ethereum could set up a short-term bounce play in the near future, it looks as though it has further room to fall long-term.

See Also: How to Buy Ethereum

The Ethereum Chart: Ethereum has fallen into a bear flag pattern on the daily chart with the pole created between June 15 and 22 and the flag between June 22 and Friday. Ethereum also lost the important 200-day simple moving average during Friday’s price action indicating the overall sentiment in the crypto has become bearish.

On Friday Ethereum was printing a bearish engulfing candlestick indicating lower prices are likely to come. If the bear flag is recognized, in tandem with the bearish candlestick, Ethereum could fall under the $1,400 level according to its measured move.

A measured move is calculated by finding the percentage or price point difference between the beginning and end of the length of the pole. In Ethereum’s case the pole measures 35%. A technical trader can then deduct 35% from the highest price in the flag pattern to calculate how much further a crypto or stock could move. According to this method, Ethereum could drop to $1,332. 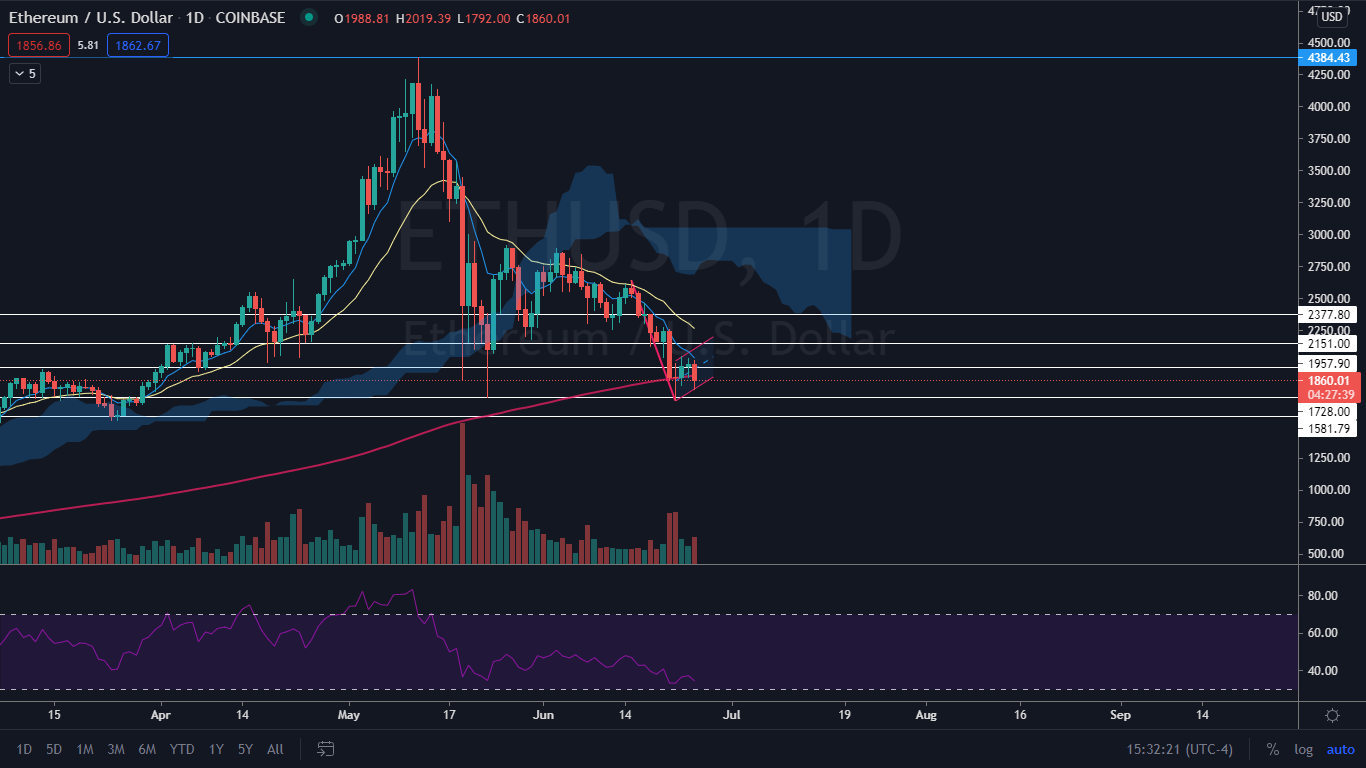 Bears want to see bearish volume come in and break Ethereum below the bottom of the flag pattern. A break below the pattern could cause Ethereum to fall toward $1,728. If it were to lose the level as support it could fall further to the $1,581 mark.

ETH Price Action: Ethereum was trading down 7% to $1,862 at publication time.

Bitcoin Is Venice: Bitcoin Will Make Us Think Long Term, Whether We Want To Or Not – Bitcoin Magazine