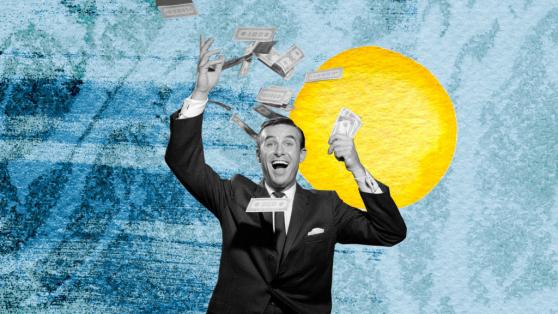 has continually traded sideways without gathering any significant momentum. Moreover, the cryptocurrency narrative is taking a step back as institutional uncertainty underpins existing indecision in the market, which has further translated into an uncertain global crypto situation. With bitcoin exchange withdrawals reaching new highs of 2,000 BTC daily, uncertainty is overwhelming the market.

Direct BTC deposits onto exchanges have reached levels previously unseen since May 20th. CryptoQuant data highlights that 14,550 BTC was deposited onto Binance, with 4,518,409 BTC being deposited in one hour alone. Interestingly, recent Glassnode data indicated that there had been large amounts of BTC outflow from Binance, contrary to current events.

Market analyst Willy Woo argued in a tweet that large inflows shouldn’t be studied in isolation from outflow, positing that current data is based on 2-week average net flows. Still, David P. Ellis counters that despite high inflows, volume is still low, with high inflow on both Binance and Coinbase.

High whale exchange inflows are synonymous with price drops, however reports fail to present the complete picture. Willy Woo further claimed that this data might signal whale dumping; It does not track withdrawals, however, which is “netting out neutral.” Thus, while whale activity is worrying, as it influences price action and trader sentiment, there is no clear evidence of a drift.

Binance Is Heading towards a Regulatory Standstill

Data from CoinShares points to the fact that crypto trading volumes have fallen to a “9 month low,” totaling $1.59 billion in the week beginning July 9th. Arguably low volumes and trading interest are due to the GBTC deposit unlocking, and heightened Binance scrutiny from within the EU.

“When Binance” was the staple question of the crypto market as the exchange routinely influenced market trends. Binance has the highest trading volume out of all centralized exchanges, and its position within the regulatory framework is being challenged. Binance got banned by UK regulator, the FCA, prompting banks like Barclays (LON:) to halt direct currency deposits.

Italy has since declared that Binance is not “authorized” to conduct business in the country, while Lithuania announced that crypto-related services are not regulated in the country. Adding to that, Hong Kong’s SEC issued a warning stating their concerns regarding existing Binance stocks, as no Binance legal entity is licensed to conduct “regulated activity.”

What Does It Mean for the Market?

In a Twitter thread, CryptoQuant CEO Ki Young Ju emphasized the similarities between current whale activity and the possibility of “bear market confirmation.” As reported by CryptoQuant, the Bitcoin whale ratio surged to 0.59, indicating an uptick in selling pressure.

Ki-Young Ju further insisted that a high whale selling ratio of above 85% over a prolonged period is similar to a bearish predilection. CryptoQuant data has compared indicators from March 2020 and 2018, showing correlations between whale ratios that coincide with major bitcoin sell-offs. Thus, low liquidity and lower than standard volumes could spiral Bitcoin into another avenue of testing its support level.