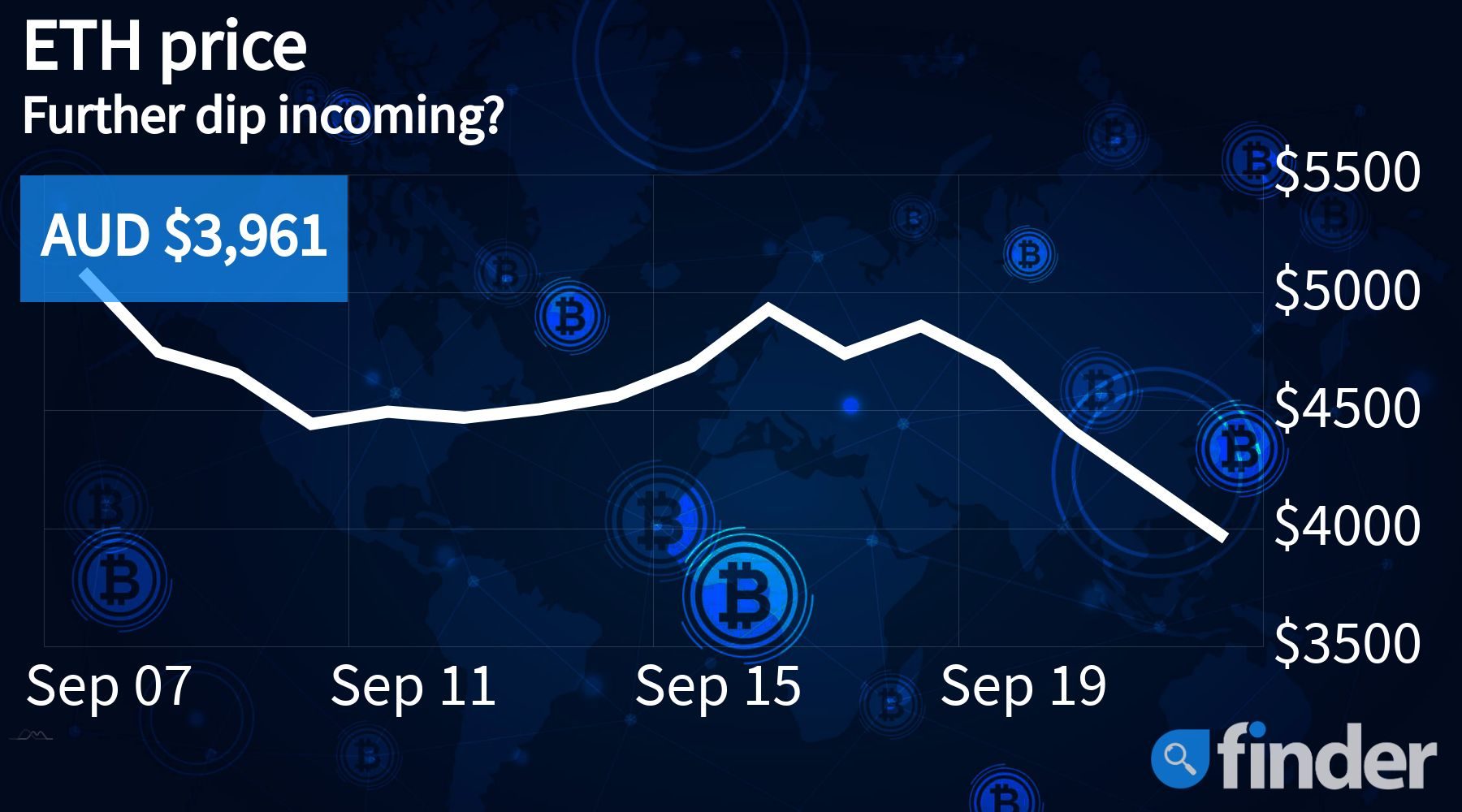 Yesterday’s onslaught has caused ETHs monthly losses to climb up to around 12%.

Ethereum, the world’s second largest cryptocurrency by total market capitalization, has been on the receiving end of a lot of bearish pressure over the last 36 hours, currency trading for AU $3,940. As a result, ETHs weekly losses now stand at just over 16%.

That said, even though Ethereum seems to be stuck in a rut pricewise — having struggled to cleanly break past the AU $4,800 threshold — as per derivatives data available online, it appears as though pro traders are quite bullish about the altcoin’s future.

In terms of what’s causing this ongoing meltdown — which is not only affecting the crypto market but also a number of traditional industries — many experts believe that the defaulting of Evergrande, a major Chinese real estate company, on its US $300 billion worth outstanding loans along with looming fears of inflation may have resulted in the creation of a “fear based” trading environment.

Additionally, a few days back United States Treasury Secretary Janet Yellen penned an op-ed where she called for members of the United States Congress to raise America’s debt ceiling once again, claiming that if such a move is not made, it could result in a “widespread economic catastrophe.” Finally, over the next few hours, the Federal Reserve is expected to make a decision as to when it plans to weave back on its existing US $120 billion monthly asset purchase program.

How to buy Ethereum

Is the NFT market dead?

Even though the Nonfungible token (NFTs) market has continued to dominate headlines across the globe all through the year — thanks in large part to the success of projects such as CryptoPunks, Bored Ape Yacht Club and Art Blocks Curated — a closer look at the space shows that despite some million-dollar sales for select NFTs, an overwhelmingly vast majority of the lower-priced NFTs have not been able to accrue any sort of real value, making them completely illiquid.

As per data made available by Bloomberg, a staggering 73.1% of all NFT assets available in circulation have only seen one transaction over the last 3 months. If that wasn’t enough, even the number of daily NFT sales have continued to dip over the last couple of months — with figures dropping from an all-time high of 138,109 on Aug. 30 to just 42,372 on Sept. 21.

Lastly, other notable metrics related to the NFT space — including active market wallets, primary market sales, secondary market sales, etc — have also shown no signs of growing, leading many to believe that the hype surrounding this market may finally be dying down.

Another DeFI platform falls victim to a hacking scandal

As per an official announcement, Decentralized finance (DeFi) platform Vee Finance reported that it had been on the receiving end of a hacking exploit that saw miscreants make their way with 8,804 ETH and around 214 BitcoinBTC (estimated to be worth around US $35 million at press time). The development comes just days after the project’s mainnet went live on the Avalanche network.

Interested in cryptocurrency? Learn more about the basics with our beginner’s guide to Bitcoin, dive deeper by learning about Ethereum and see what blockchain can do with our simple guide to DeFi.

Disclosure: The author owns a range of cryptocurrencies at the time of writing

Disclaimer: This information should not be interpreted as an endorsement of cryptocurrency or any specific provider, service or offering. It is not a recommendation to trade. Cryptocurrencies are speculative, complex and involve significant risks – they are highly volatile and sensitive to secondary activity. Performance is unpredictable and past performance is no guarantee of future performance. Consider your own circumstances, and obtain your own advice, before relying on this information. You should also verify the nature of any product or service (including its legal status and relevant regulatory requirements) and consult the relevant Regulators’ websites before making any decision. Finder, or the author, may have holdings in the cryptocurrencies discussed.