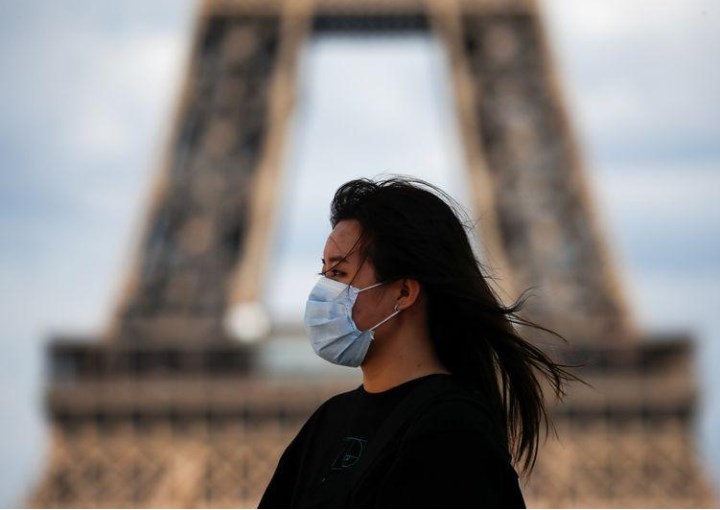 The race is on to save the European holiday season, as the highly contagious delta strain of the Covid-19 virus threatens to result in more travel restrictions just as the summer starts.

The number of delta variant Covid cases in the U.K. climbed to over 35,000 last week, a 46% increase from the previous week, the reason why the U.K. government chose to delay the country’s complete reopening for a month.

Europe’s vaccine rollout has improved after a slow start, but still only about 30% of people are fully inoculated, far below the U.K.’s levels. More travel curbs look likely.

Elsewhere, South Africa raised its alert status and Sydney announced a two-week lockdown to deal with outbreaks of the delta variant, which was first identified in India.

The ended Friday up 0.3% at a closing record high, while the gained more than 200 points, or 0.7%, to sit less than 2% from its record. The closed marginally lower, but it still added over 2% last week.

The $1.2 billion bipartisan announced at the end of last week now looks more likely to succeed after President Joe Biden withdrew his threat to veto the measure unless a separate Democratic spending plan also passes Congress.

Didi Chuxing, China’s biggest ride-hailing firm, is likely to close the books for its U.S. initial public offering later Monday, in one of the biggest floats of the past decade.

Didi set a price range of $13 to $14 per American Depositary Share, a regulatory filing showed on Thursday, and said it would offer 288 million such shares in the IPO. At the top of the range, the deal will raise just over $4 billion, and Didi would be worth around $67 billion.

The deal has reportedly seen strong demand: banks are closing the books a day earlier than previously flagged. Didi has diversified its business to offset slowing ride-hailing growth, with its food delivery service serving it well during the coronavirus pandemic. Didi actually delivered an $837 million profit in the March quarter, something that rival Uber (NYSE:) is still to emulate.

However, Didi is going public at an uncertain time for regulatory supervision, with Beijing seemingly keen to crack down on the country’s internet giants.

In May, China’s antitrust watchdog ordered Didi, among others, to start treating both its drivers and customers more fairly, or, in other words, in a less profitable manner. Additionally, Didi, in a filing, warned investors that it could not guarantee that government officials would be satisfied with its moves to comply.

4. Binance not welcome in U.K.

Binance, one of the world’s largest cryptocurrency exchanges, was ordered to cease all regulated activities in the U.K. following a review of its operations by the Financial Conduct Authority, in a fresh setback to those hoping crypto can become part of the mainstream global financial sector.

The FCA didn’t provide an explanation for its decision, but it has required all firms offering cryptocurrency-related services to register since January and show they comply with anti-money laundering rules.

The U.K. is not alone in having concerns about the exchange, with the equivalent agencies in both Japan and Germany having warned investors in recent times about Binance potentially breaking securities rules.

Even so, digital assets are on the rise Monday, with , the largest cryptocurrency by market capitalization, up 6% at $34,664.

Ricardo Salinas Pliego, one of Mexico’s richest men, revealed plans over the weekend to open the first bitcoin-accepting bank in the country, criticizing the debasement of fiat currencies.

French President Emmanuel Macron received a bloody nose in Sunday’s regional elections, with his centrist party estimated to have won only around 10% of the votes.

However, yields on French bonds fell due to the failure of Marine Le Pen’s far-right National Rally to take advantage. She ran against Macron in the presidential election of 2017, when advocating taking France out of the European Union.

Early results indicated that the main winners were various center-right parties, including the main opposition Les Républicains, who were supported by 29.3% of voters.

Separately. China’s Envision Group is set to spend as much as 2 billion euros ($2.4 billion) on a battery plant in northern France to power an affordable range of Renault (PA:) electric vehicles.

Macron is scheduled to unveil the agreement later Monday at Renault’s assembly plant in Douai.