A representation of the virtual cryptocurrency Bitcoin is seen in this picture illustration taken June 14, 2021. REUTERS/Edgar Su/Illustration/File Photo

The formation could signal further losses ahead. Here are some details about what this is:

What is a death cross?

What has happened to bitcoin?

Bitcoin, the world’s biggest cryptocurrency, has long experienced volatility. It has lost over 20% in the last six days and is down by half from its April peak of almost $65,000. Market players are citing jitters over China’s expanding crackdown on bitcoin mining in thin liquidity for the losses. read more

What should investors be watching?

Crucial for bitcoin will be its ability to hold above its May 19 low of $30,066, which is an initial target for bears. Breaking below that level would reinforce the negative signal of the death cross.

Is the death cross infallible?

No technical analysis indicator is perfect, including the death cross, in isolation. Most chartists use a combination of studies to derive directional signals.

For example, the last death cross on the bitcoin chart occurred in March 2020 after the cryptocurrency had plunged nearly 60% over a six-day period and just before it started a historic rally of more than 1,000% over the next year. 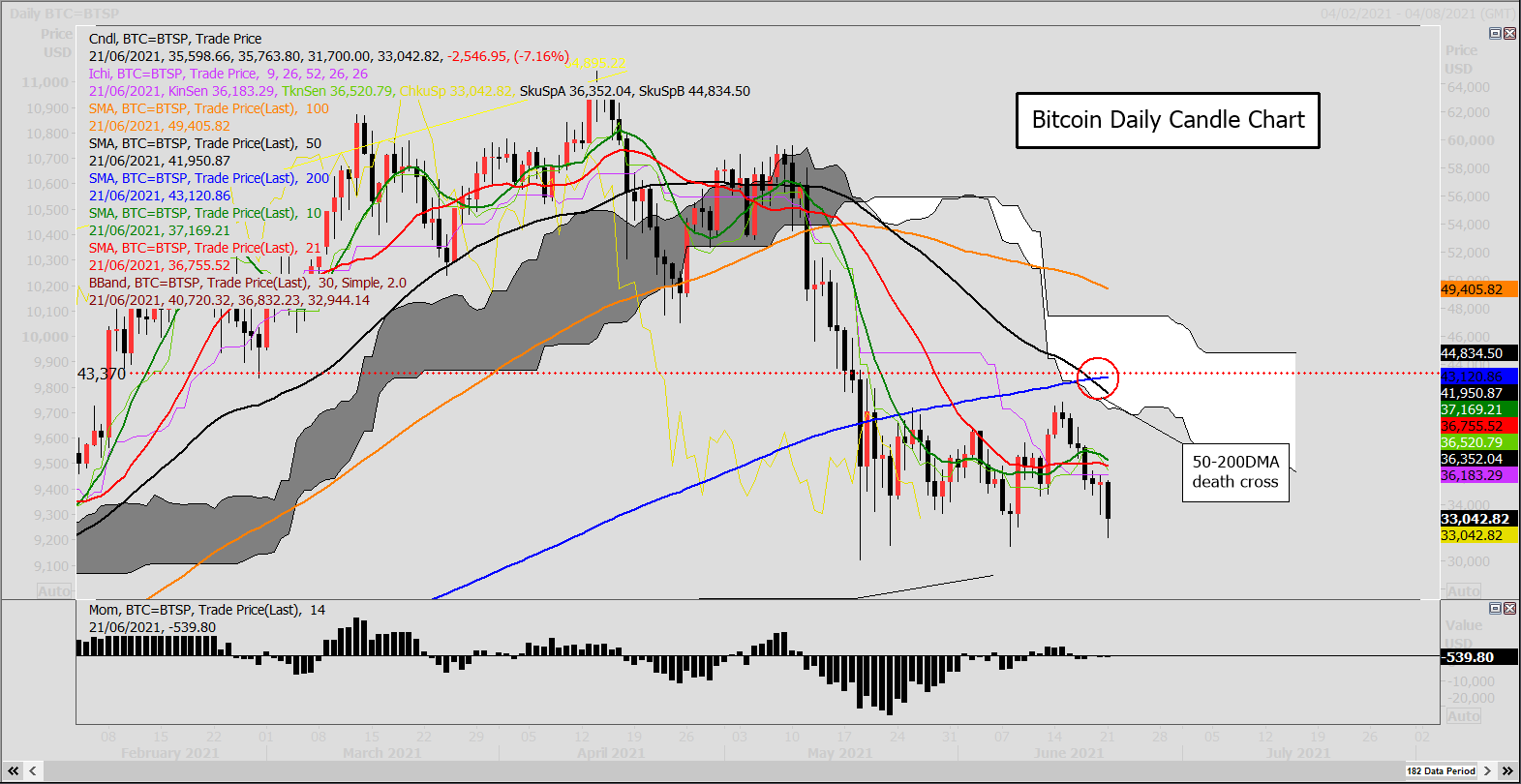 Peter Stoneham is a Reuters market analyst. The views expressed are his own. Editing by Cynthia Osterman