USDT and BNB fall under the securities spotlight, a top lawyer says. 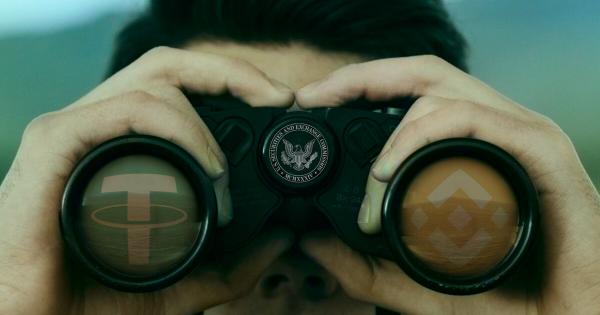 Attorney Jeremy Hogan gave his legal assessment of the top five cryptocurrencies naming Tether and Binance Coin as at risk on the “SEC danger rating.”

Hogan has been covering the SEC vs. Ripple lawsuit since proceedings began in December last year. The U.S securities regulator alleges Ripple had sold $1.3 billion of unregistered securities over eight years.

The coverage has demonstrated his knowledge of the complex legal subtleties involved with securities law.

Based on the analysis, Hogan warns that, in his opinion, both Tether and BNB are likely candidates for legal action.

In determining a breach of securities law, the SEC has relied upon the Howey test to evaluate whether a transaction qualifies as an “investment contract.”

“Under the Howey Test, an investment contract exists if there is an “investment of money in a common enterprise with a reasonable expectation of profits to be derived from the efforts of others,” he said.

The Howey Test refers to SEC vs. W.J. Howey, which the Supreme Court preceded over in 1946.  The Howey company had sold zones of citrus groves to buyers in Florida, who then leased back the land to Howey.

Howey staff tended to the groves and sold the fruit on behalf of the owners, with both parties taking a share in the revenue generated by the operation.

Howey did not register the transactions with the SEC, and the Supreme Court’s final ruling determined that the leaseback deal qualified as an investment contract.

The criteria used to establish an investment contract was:

What did Hogan say about Tether and BNB?

Hogan pointed out that his assessment was not a determination of whether the tokens would win or lose in a securities lawsuit. Instead, it relates to the chances of SEC bringing legal action in his opinion.

Parent company Bitfinex paid the fine to end the probe into allegations it had tried to cover up an $850 million loss. The NYAG also raised concerns over allegations it had a shortfall of cash reserves backing the Tether in circulation.

Hogan didn’t discuss how Tether stacked up against the Howey test criteria but gave the popular stablecoin a 9/10 danger rating.

In breaking down BNB’s situation, Hogan points out that BNB tokens do form an “investment of money.” He added that the Binance ICO in 2017 also matches the description of an investment contract.

“Is there investment of money? Yes, you buy the coins. And where did the coins come from? Well, Binance had a genuine Initial Coin Offering, an ICO, in 2017. This is the exact thing that Chairman Clayton and new SEC Chairman Gensler have basically said is an investment contract.”

Get an edge on the cryptoasset market

Access more crypto insights and context in every article as a paid member of CryptoSlate Edge.