Quite the stir, enough to get the MDX token ($MDX) to break into the Top 100 rankings on Coinmarketcap. As always, MDEX finds itself making big gains in little time.

Exchange Titans Work Together Once More

Binance is the top cryptocurrency CEX (centralized exchange) in the world. It was formed in 2017 and has the highest trading volume among the other CEXes.

MDEX was a HECO-based DEX (decentralized exchange) that grew into a multichain – with the first step being its integration with BSC (Binance Smart Chain) on April 8. In just 2 hours, MDEX reported a TVL (Total Value Locked) of more than USD 1.5 billion.

The $MDX token launch would be the second time the two leaders in their industry have collaborated together. MDEX’s previous successful performance upon its BSC integration was definitely part of Binance’s decision to list the $MDX token on its platform.

Shortly a month after yield farming options became available on its platform, MDEX surprised the whole DEX space by scooping up an astonishing amount of market share. It topped industry titans like Uniswap and Sushiswap, showcasing the popularity of its dual mining strategy among DeFi (decentralized finance) investors.

Since then, MDEX has expressed its vision of growing into a comprehensive cross-chain DEX ecosystem.

At the moment, Binance traders are keeping a close eye on $MDX. $MDX’s Coinmarketcap page shows that it is on more than 90,000 watch lists.

For more information about MDEX, visit their official website: https://mdex.com/#/ 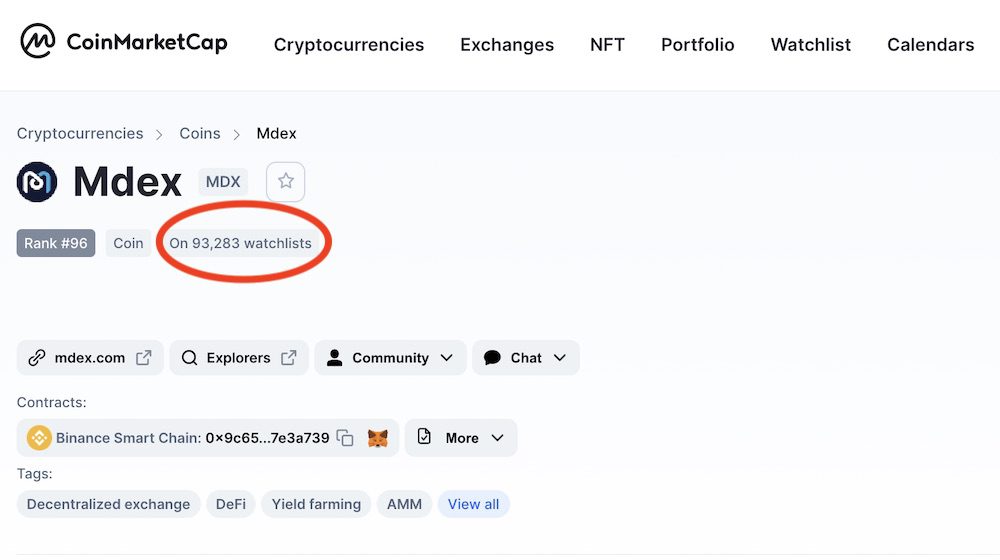